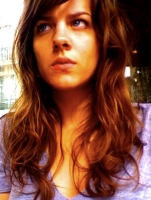 I came to École Bilingue (as it was called at the time) in 2nd grade. My father was French and my mother is American, so when we moved from Europe during the summer of 1992, ISB was an obvious choice. My parents wanted me to maintain my languages and my international identity, and to have opportunities for further study and work on both sides of the Atlantic.

I live in Paris now and, as a producer on feature films (The Grand Budapest Hotel, Moonrise Kingdom), I am involved in a lot of research, planning, management, and negotiations. The teams I work with are always very heterogeneous and international, and the skills that we were taught from a very young age at ISB – cultural awareness, diplomacy, openness, tolerance, and curiosity – are of immense value in my work!

In 4th grade, during a team project about the Maya civilization, a student in my group had the idea to incorporate our science curriculum and add a tiny functional light inside the central pyramid of our diorama (anachronistic, sure, but extremely cool!). It was so stimulating and thrilling to see how, as a team, we were able to draw from each of our strengths and from all of the different subjects we were studying (history, art, math, science) to design and build something beautiful! It was a revelation for me and it is that same cross-disciplinary aspect that I love so much about making films!

My last experience visiting the school was quite funny. I was in town and decided to just slip in during the middle of the day and poke around to see the renovations. As I approached the main building, I heard an alarm. It was a fire drill during a teachers’ day and people were streaming out – all of a sudden I was surrounded by almost every teacher I'd ever had from age 7 to age 18!!

I cherish my time at ISB and highly value the international school experience! I hope to maintain close ties with the school for years to come.